MUMMY, n. An ancient Egyptian, formerly in universal use...

MUMMY, n. An ancient Egyptian, formerly in universal use among modern civilized nations as medicine, and now engaged in supplying art with an excellent pigment. He is handy, too, in museums in gratifying the vulgar curiosity that serves to distinguish man from the lower animals.By means of the Mummy, mankind, it is said, Attests to the gods its respect for the dead. We plunder his tomb, be he sinner or saint, Distil him for physic and grind him for paint, Exhibit for money his poor, shrunken frame, And with levity flock to the scene of the shame. O, tell me, ye gods, for the use of my rhyme: For respecting the dead what's the limit of time? --Scopas Brune 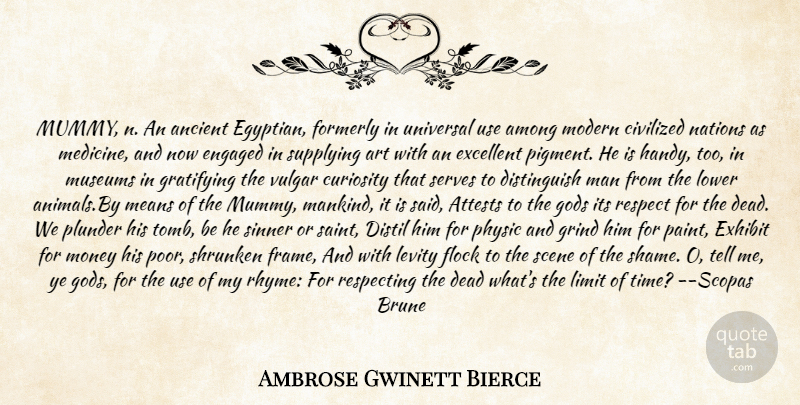