I don't think we had any major problems on the offensive...

I don't think we had any major problems on the offensive line. We were all at the game. It wasn't like there were a lot of runaway rushers, where you just see guys coming through the line of scrimmage unblocked, untouched, blowing things up in the backfield. There were times when we got pushed back. There were times when we pushed them a little bit. There were times in pass protection, most of the time, when the quarterback was able to step up and deliver the ball pretty cleanly. In relative terms, it was OK. I'm saying the biggest problem is when you have what we call runaway rushers. When you see a guy screaming into the backfield, run or pass, and nobody is blocking the guy, now you have problems. You certainly want to avoid that. 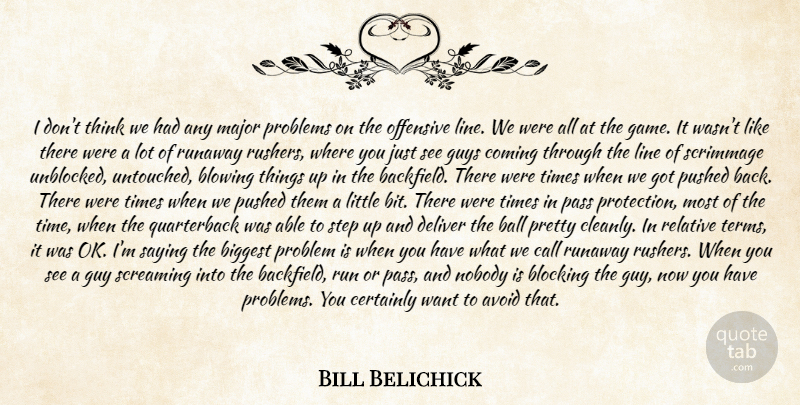