We have had really spectacular profit reports, by and large,...

We have had really spectacular profit reports, by and large, from most companies so far in this quarter. I think retail will be a disappointment, going forward. But, up until now, without any retailers, we've had a nice run. But people have been saying, you know, first of all, the growth rate has slowed from the first quarter to the second, and then the projections are that they will continue to slow down in the third and fourth quarters - we're coming up against really tough comparisons. And I think you know as people look to sort of the slowing of the growth rates, they begin to worry about valuations. 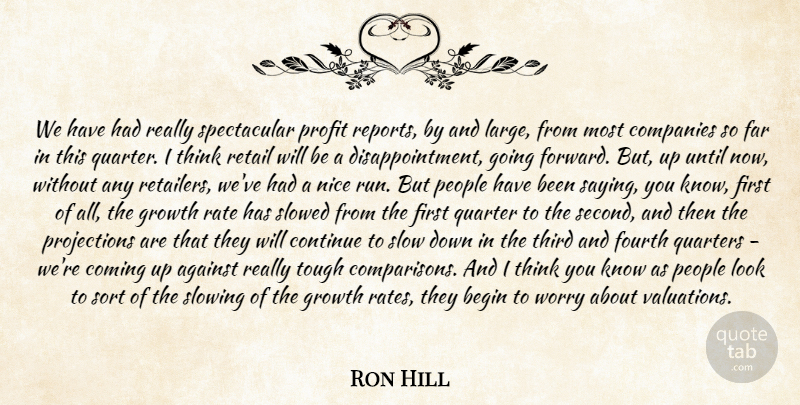