When you have a football team, everybody has a role on it....

When you have a football team, everybody has a role on it. And Ro's role, for the most part in the last couple of years, . . . was to get the defense ready. Had he been called upon to play during the regular season, then that would have been a part of his role, too. But, for the most part, it wasn't. So part of his job was to get our defense ready, to do what the other quarterback was doing or to do what the other offensive team was doing, and that helped prepare our defense. In no way can I minimize that. 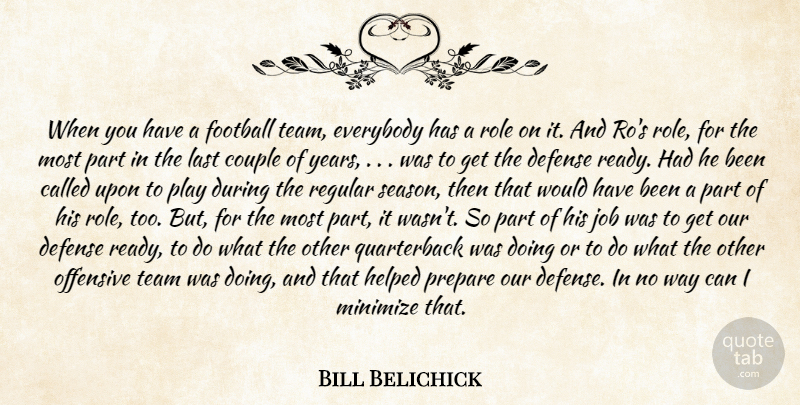